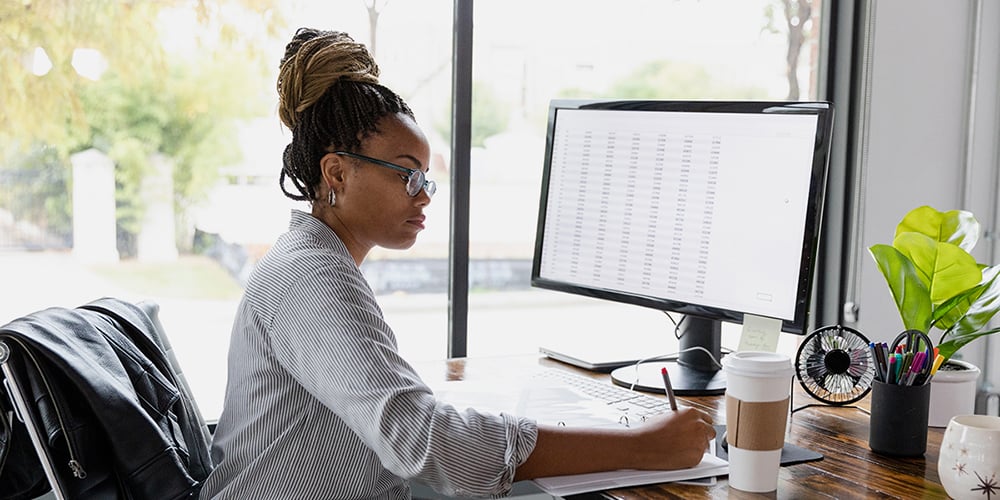 Identification is the first step in the moves management cycle. Flagging a prospect for identification is a way to build your major gift “to-do list”—a way to separate the small number of people with suspected potential to be a major donor from the many who will remain annual donors.

In this article, we will share strategies for incorporating thoughtful identification into your moves management process, using a combination of data (mostly) and human insight (some). We’ll talk about a few different types of donors and how you might identify each.

Annual donors whose gift makes you raise an eyebrow are good candidates for identification. First-time donors giving above an appropriate threshold for your organization or donors making a significant increase (2-3x) over their previous gift are good candidates. Segmenting these donors requires a regular data pull from your database manager—monthly would be appropriate.

Longtime donors are among the best major gift prospects. Their loyalty demonstrates that your organization is an important philanthropic priority for them.

Again, involve your database manager here, and review lists of donors giving for 20+ years and 10+ years, regardless of gift amount. Lots of organizations have individuals giving the same amount for many years who simply need to be asked for a larger amount. Donors giving loyally at lower amounts may be great planned giving prospects.

Wealth screening gives important information about a prospect’s capacity to give. Importing wealth ratings into your database allows your database manager to easily incorporate them into other reports, such as weekly giving reports. By doing that, you can identify prospects (and potentially move quickly to qualify them through a thank you call) as gifts are received.

Beam Insights users can take this one step further, as prospects are segmented based on affinity in addition to capacity. In a couple of clicks, you can easily view a list of highly-rated, engaged prospects not currently under management by a member of the development team.

The Connected
While data is always a helpful tool, it’s important to remember that human insights also add tremendous value. Periodically, share lists of donors with your volunteer leaders to see who pops out to them as a potential major gift prospect based on their personal connections.

Volunteers may be able to share insights on how likely a prospect is to increase their gift to your organization with further cultivation. To avoid overwhelming volunteers, include a modest filter, such as gift amount or capacity rating, and do this exercise one to two times per year.

Identifying the right prospects is the first step toward success in all other stages of the relationship management cycle. Once you have an inkling that someone could become a major gift donor, it’s time to move on to the next step: qualification. We’ll cover that in our next post.

Sign up to receive updates when we publish new resources.